When were we there
33 days, January 6-February 9

♥️ Sydney. The city has the same density and energy as New York, so it’s definitely our speed. What a difference vs New Zealand! We did a bunch of hiking, visited the zoo, went to a cricket match, and ate spectacularly well! Loved seeing many friends here! amanda-louise ehrlich, Adrian McLean, and Kate’s uncle Marty!

We didn’t know what to expect in Melbourne but we loved it. Great museums, penguins in the bay, great food and cocktails! Lots of cool alleys with hidden gems.

We were also lucky to catch the first day of the Australian Open! It’s amazing that the tennis grounds are just a 15 minute walk from the city center. We watched a local Australian guy win his first round match in 5 sets. The crowd was surprisingly rowdy!

When you talk to an Australian about Tassie, most have never been. When you tell them it produces the best wine in Australia, and is among the best wine in the world, they laugh. Tasmania wasn’t on our radar but we’re really glad we had some friends convince us to go. We LOVED it. What’s so special about Tasmania?

Incredible wildlife. We visited two nature reserves that take care of injured or orphaned animals. We saw a ton of wallabies, echidnas, wombats, and of course, tasmanian devils. So cute! We did have one bad animal encounter: we found a giant (5 inch) spider in our airbnb. We checked out of there a day early and went to a hotel. Too bad because otherwise the airbnb was amazing (right on a vineyard with crazy views).

Wine. Incredible wine. Some of the best we’ve had in the entire world. Sparkling whites made in the methode traditionelle, pinots, cabs, and really dry rieslings (something we don’t normally drink). Most of the wineries were super tiny, some with the owner pouring the wine! Sadly most Tassie wines aren’t exported, even to mainland Australia. One winery owner said there were probably 100 kangaroos on his property!

National parks. We visited Freycinet national park and hiked down to wineglass bay, checked out Port Arthur, an old penal colony, and drove to the Bay of Fires, some cool rocks with red lichen on them. Beautiful mountains and views in every direction.

MONA. The Museum of Old and New Art. Really great museum with some really unique pieces and an amazing juxtaposition of ancient and contemporary work. They have a museum festival called FOMO, MOFO, and are opening a hotel called HOMO. 😂

Our rental car in Tassie was a fully loaded BMW 320i M sport. WOW. Probably the best handling car I’ve ever driven, and perfect for the 1200 kms of Tassie roads we drove. Surprisingly fast 4 cylinder turbo. Lots of cool safety features like a heads up display, lane departure warnings, and more.

If you’re planning a trip down under, spend some time in Tassie!

For the third leg of our Australia trip we went to Brisbane and Adelaide. As cities, both were pretty underwhelming. But what made them worth visiting were the side trips: 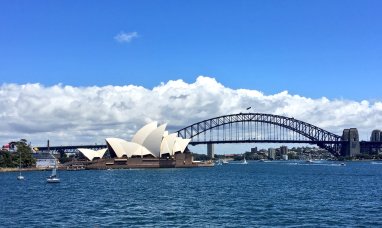 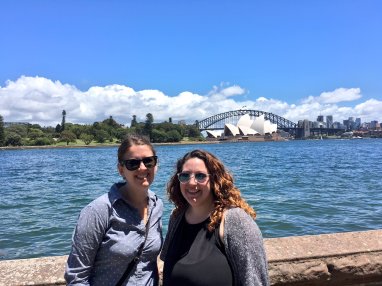 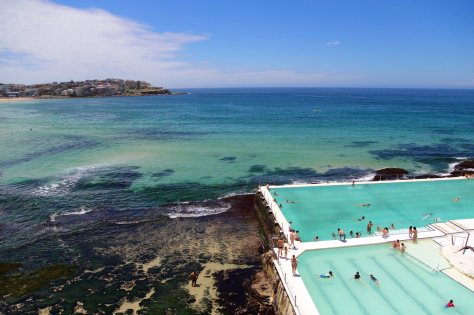 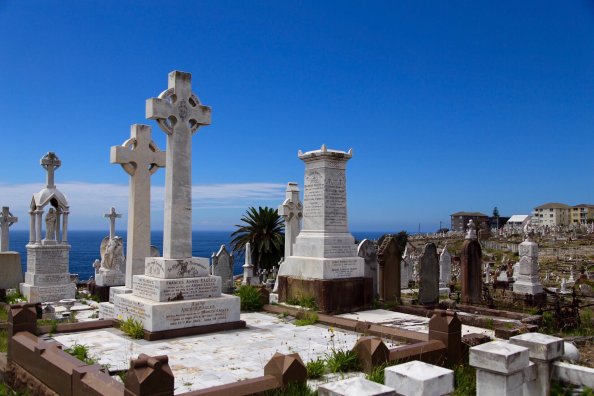 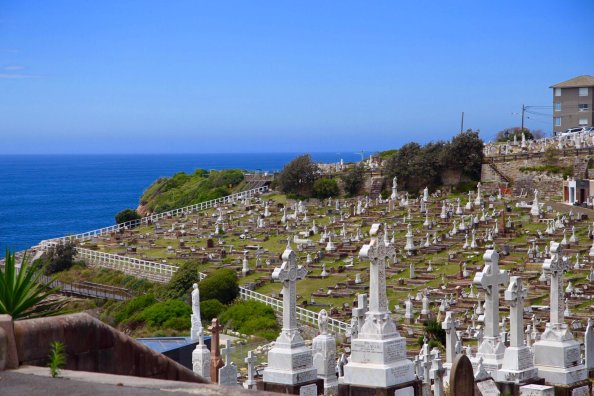 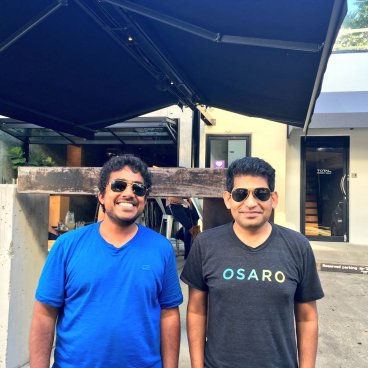 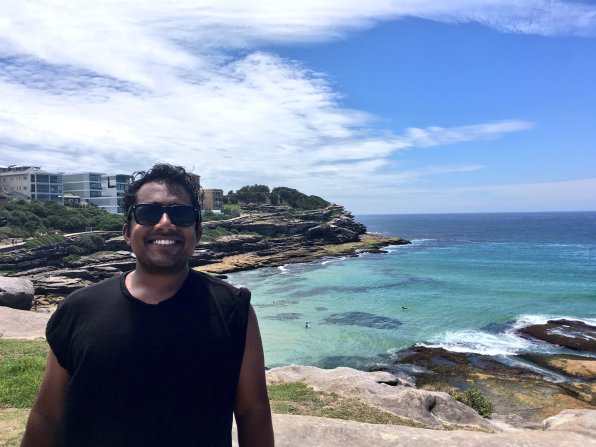 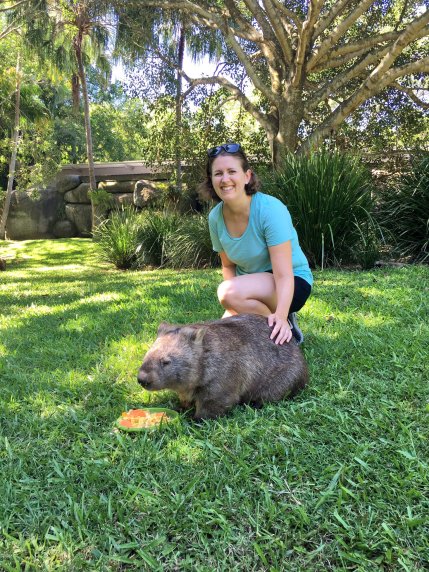 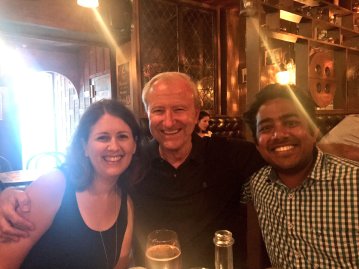 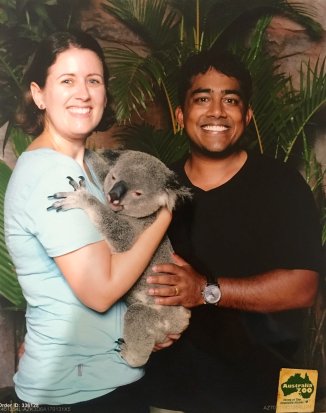 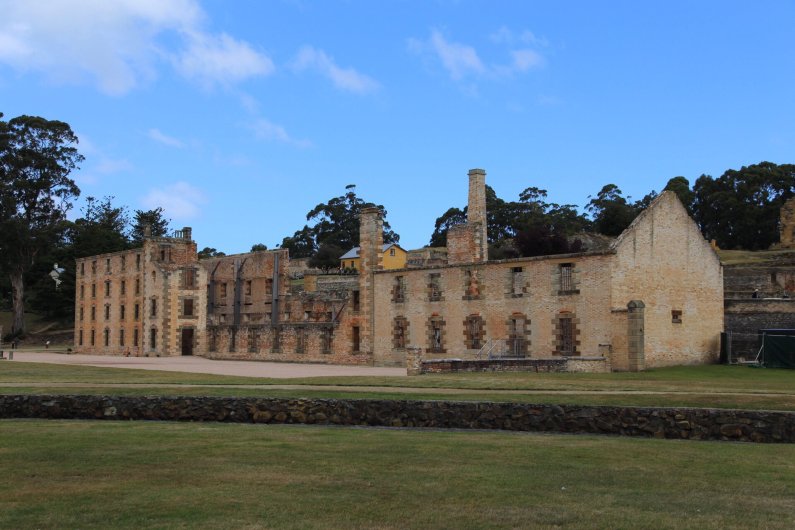 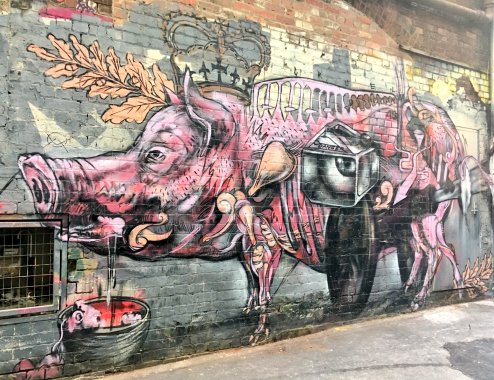 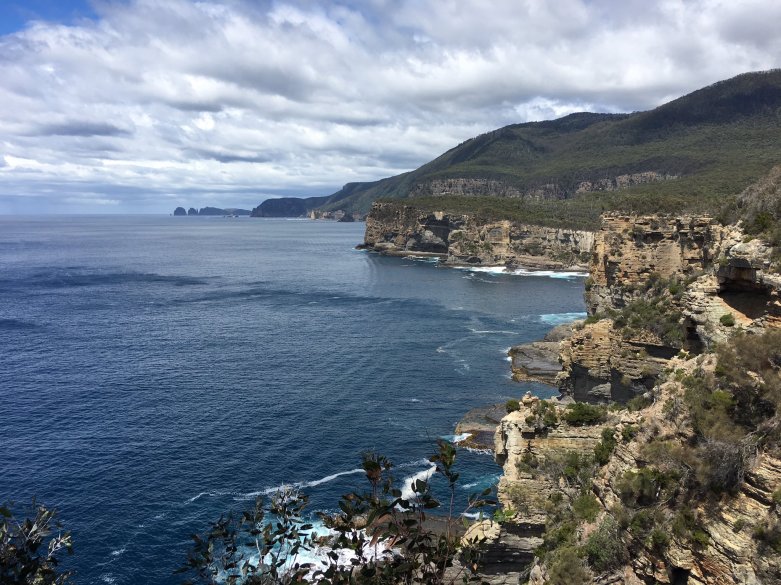 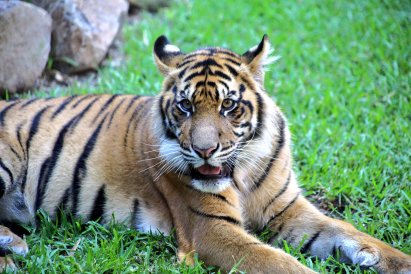 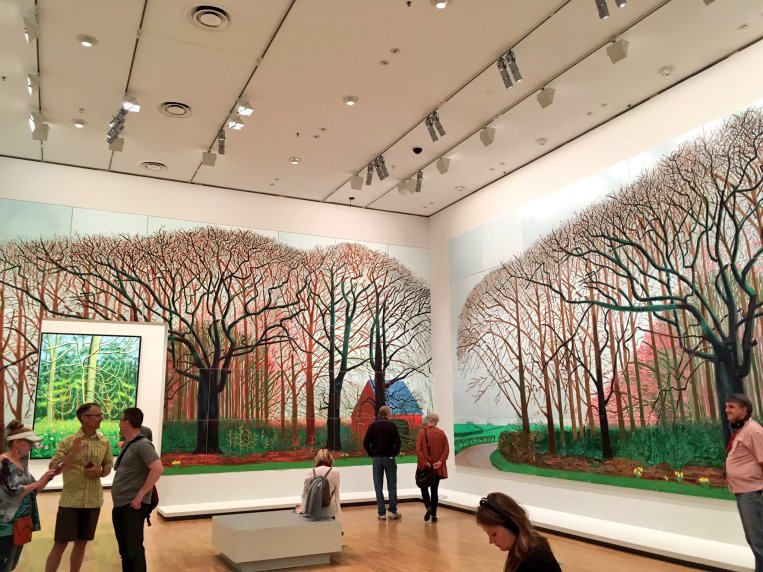 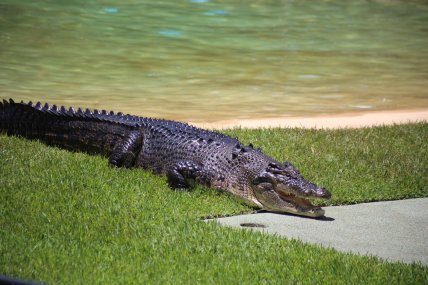 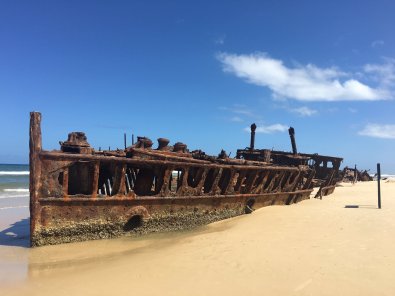 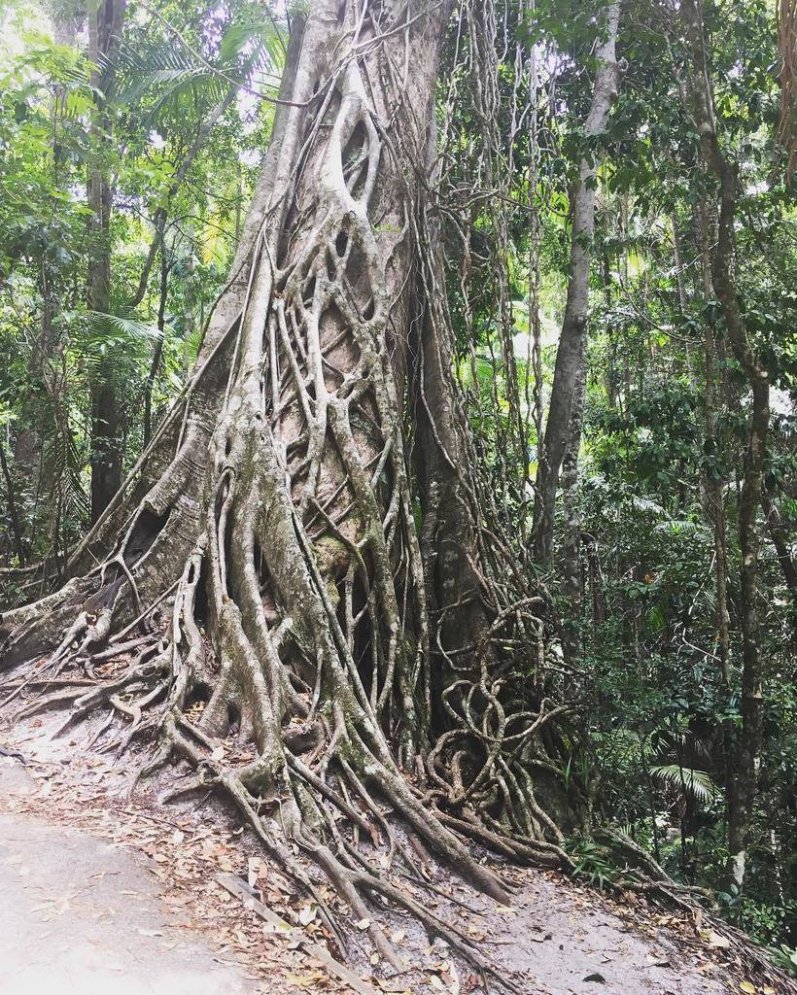 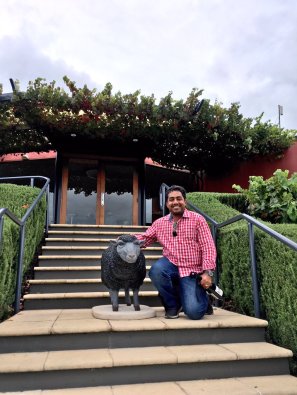 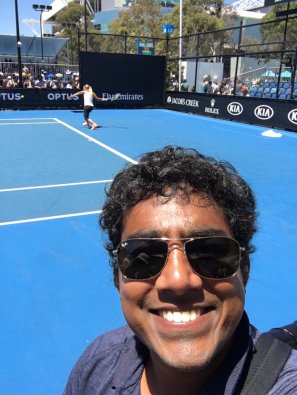 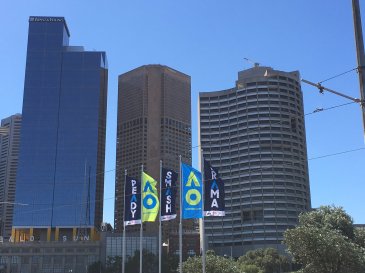 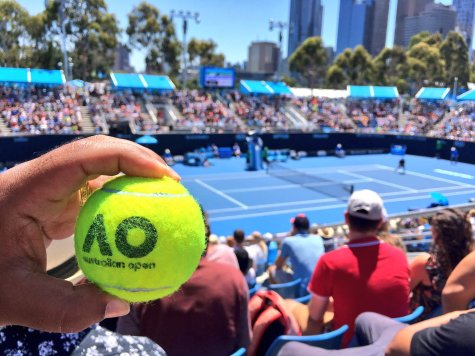 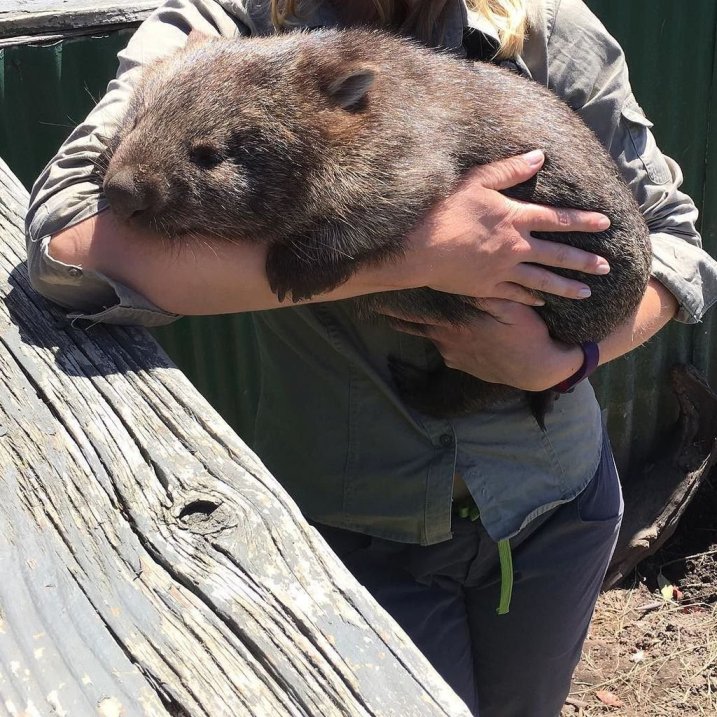 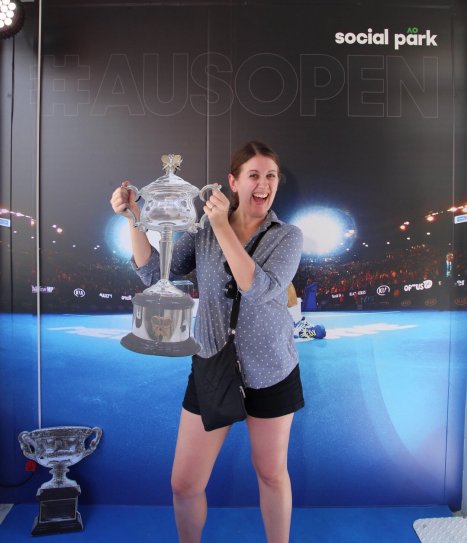 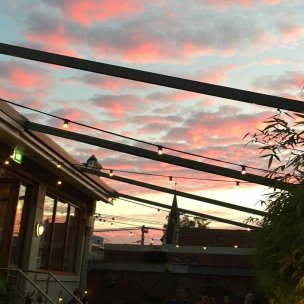 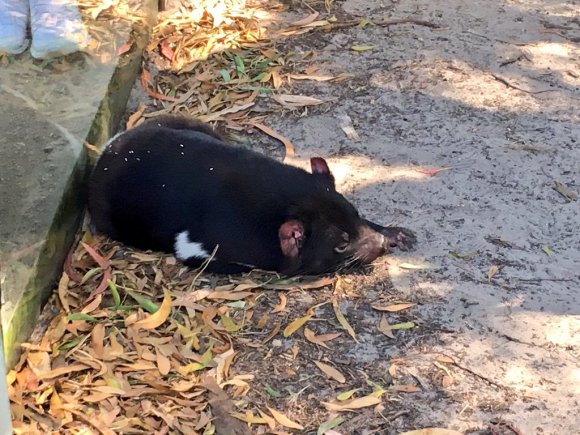 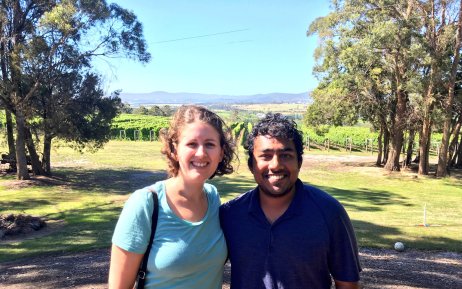 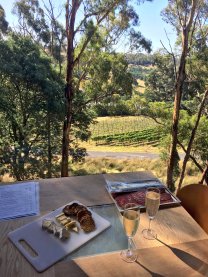 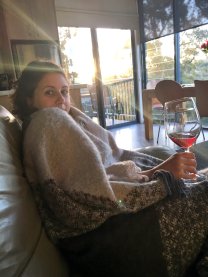